Home / Bang Bang! Serious Firearm Malfunction And How To Avoid Them 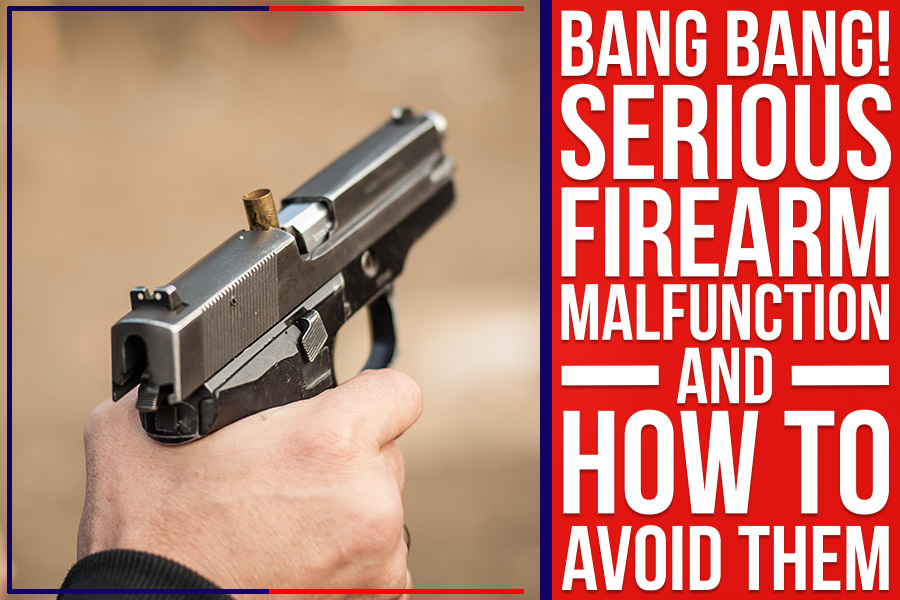 It is vital to know how your firearm can malfunction as a gun owner. You can avoid these problems and keep yourself and those around you safe by knowing what to look for. Eagle Arms will discuss common firearm malfunctions and how to avoid them. Stay safe out there!

Gun misfire is when the gunpowder in the cartridge fails to ignite. This issue occurs due to a lousy primer, faulty ammunition, or even dirt in action. If your gun misfires, stop shooting immediately and inspect the problem. If you can’t figure out what’s causing the pain, seek help from a professional gunsmith. Remember, safety comes first!

Bad ammunition is one of the most common causes of gun malfunctions. If you are having problems with your gun, check the bullet first. Ensure that the ammo is clean, dry, and the correct caliber for your gun. You should also inspect the brass to ensure that it is not damaged.

Clear the chamber and inspect the round before firing again if your gun misfires. If the problem persists, take your gun to a gunsmith for further diagnosis.

Another common malfunction is called a failure to eject. It happens when the spent cartridge is not removed from the gun after it is fired. It can be caused by a weak extractor spring, dirty chamber, or large cartridges. To avoid this problem, clean your gun regularly and use only the ammunition recommended by the gun manufacturer.

A less common but more dangerous malfunction is called a gun backfire. It happens when the gunpowder in the cartridge ignites outside of the barrel. Backfire can cause serious injury to the shooter and anyone nearby. To avoid this problem, always point the gun safely and ensure that the barrel is clear of obstructions before firing.

Firing Out of Battery

Firing out of battery is when the gun fires even though it is not in the proper position. There can be various factors for this malfunction, including an obstructed chamber or a defective firing pin. To avoid this problem, inspect the gun for obstructions before firing.

A double feed is when the gun tries to feed two rounds into the chamber simultaneously. Reasons behind this problem include a dirty weapon or a defective magazine. To avoid this problem, clean your gun regularly and inspect the magazine for defects.

If you experience any of these problems or any other unusual behavior from your gun, stop shooting immediately and seek help from a professional.

While none of these malfunctions occur every time you shoot, it is crucial to know them so that you can take the necessary precautions. By being aware of these problems and how to avoid them, you can keep yourself and those around you safe while enjoying shooting sports. Be sure to browse our selection of firearms here at Eagle Arms, serving Philadelphia, PA, where we have something for everyone!

CMMG Banshee Mk17: A Versatile Gun For A Happy-Go-Lucky Marksman!