Home / Guns That Won The West 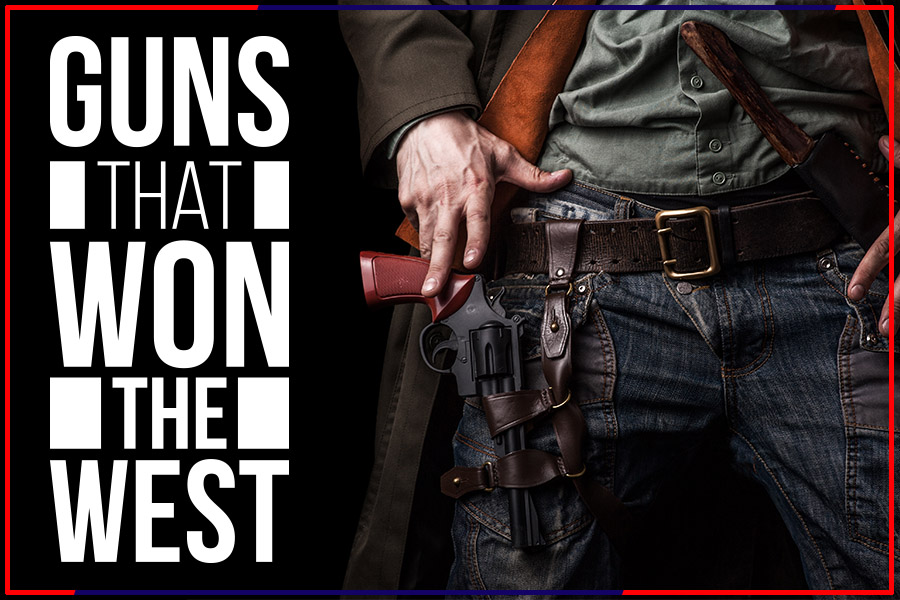 For centuries, there has been an on-going debate about that particular gun that conquered the West and bought victory to the US from the European settlers. While some say it was the Winchester rifles, which with its repeating actions tamed the western frontier, others point to the up-close double-barrel shotgun to be the weapon that made the US victorious.

If you are a weapon lover trying to complete your weapon inventory with one extraordinarily well-made gun, click here to find the perfect one for yourself. At Eagle Arms, we supply high-quality weapons at cheap rates to fulfill all your gunsmithing needs anywhere in Breinigsville, PA.

Since we cannot give one gun the title of “gun that won the West,” we have included the top seven firearms that helped shape the West.

It was in the US Army, at the start of the Mexican War, that a hero emerged from the legendary Texas Rangers, Captain Samuel Walker. In association with Colt, he brought his knowledge and experience, which allowed Colt to develop in 1846 and became the most advanced and powerful revolver of its time (2.2 KG).

The Colt Walker Revolver could be loaded with up to 3.5 grams of black powder,, which was later dethroned by the caliber 357 Magnum cartridge’s arrival in 1930.

However, only 240 units of this revolver were made by the end of 1847, making it the rarest of all the percussion models produced by Colt.

Harpers Ferry model is one of the first American military rifles, introduced just before the start of the Civil War. This weapon is said to be responsible for most of the deaths in this conflict.

A small revolution in the world of rifles, a Sharps weapon, introduced the loading by the breech. The bullet, the black powder, and the primer are introduced directly into the chamber by the breech.

Not to forget, These powerful and precise weapons were widely used during the Civil War.

The Spencer rifle was one of the first and best repeating rifles of the Civil War. You can find the tubular magazine with seven cartridges in the butt of the weapon. However, the loading is done by the rear side of this weapon.

This Winchester model was developed to fire the firm’s powerful .45-60 caliber cartridges without any hassle. Its caliber, associated with the large capacity of its tubular magazine, made it one of the most effective weapons of all time.

Winchester rifle was ubiquitous in the West and was even used by some Indian tribes back in the days.

One of the most economical and best firearms, a double-barrel shotgun, also takes the bow of winning the West. These weapons come in either 12 gauge or .410 bore in 18, 20, or 22-inch, round, blued barrel. It can be equipped with a splinter or broad for-end.

This shotgun quickly became popular and a favorite of many gunsmiths due to the enormous firepower available at close range.

The Gettysburg Guns – 3 Components That Made The Difference