Home / Guns With The Most On-Screen Time (Part-I) 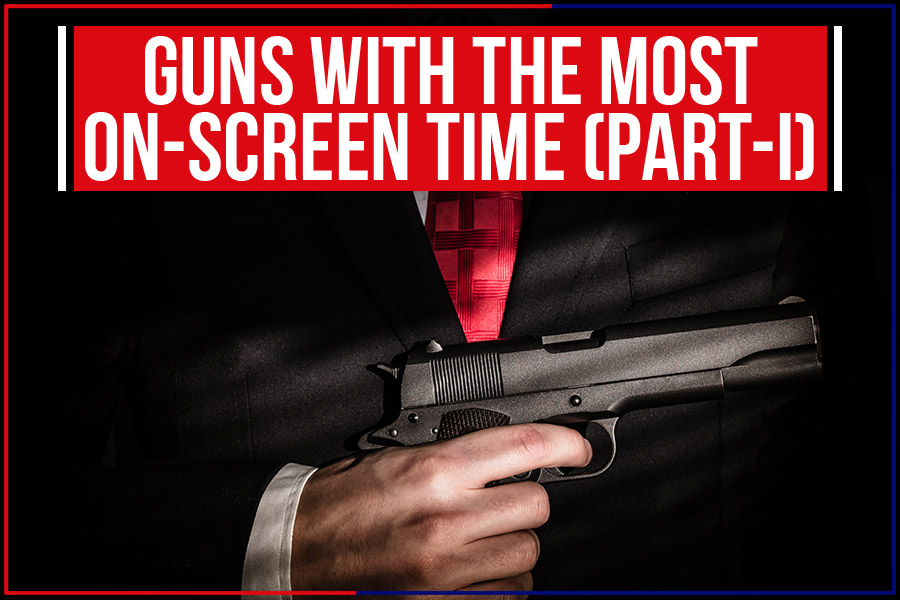 We have seen some guns on-screen so many times that we instantly recognize them. We can even anticipate if that gun might appear in a film based on the storyline (era they are supposedly found in) and genre.

After all, some firearms have seen more screen time than others, or in other words, some guns are featured in numerous films. That’s why seasoned gun collectors and diehard firearm enthusiasts especially have a keen eye for these killing machines.

Buy a gun and ammunition at affordable prices from Eagle Arms. Click here to get in touch with our gun experts in Breinigsville, PA.

But have you ever thought about why actors should have all the fun with the guns?

Well, you can also have fun with these metal beauties that we all have seen in movies a gazillion times before.

Here is the list of guns that you should add to your firearm harem today!

This gun is a ’80s action movie classic and has been popular in combat amongst tactical units around the world since its launch in 1966. Navy SEALs have been using the MP5 since the Vietnam War all the years down to Iraq. It is even popular in video games like Call of Duty.

Moreover, the MP5 is accurate, compact, and very handy, making it one of the coolest pistol caliber firearms ever manufactured.

On the other hand, H&K has modernized the weapon and changed it a lot over the years to suit the armed forces’ needs. Integrated light, suppressors, lasers, full-auto or burst fire settings, and folding or collapsing stocks — there is a lot that the MP5 can do.

This little machine is the weapon of choice for special agent James Bond. The 007 gun in real life is reportedly the firearm used by Hitler in his suicide.

The Walther PPK is the downsized version of the Walter PPK. Its design has remained mostly unchanged since its inception in 1931. This tiny and reliable weapon is primarily chambered .380 A.C.P. and uses a 6+1 magazine.

FN Hi-Power is a 9mm pistol double-stack, single-action with a decent trigger, 13+1, and ergonomic feel that had the world in a frenzy for decades.

Remember the Wonder Nine craze? This gun started it; however, it somehow never gained much popularity in America.

The M60, nicknamed ‘The Pig’ during the Vietnam War, is another popular weapon on-screen and in-gaming and combat. This 23-pound 7.62x51mm NATO belt-fed machine gun has been in dozens of movies and is something you can’t miss.

The Mini Gun is an electric-powered Gatling gun capable of shooting 7.62mm bullets at a rate of 2,000 to 6,000 rounds a minute. It is an updated version of a previous model and can be seen mounted atop of vehicles by the military due to its heavyweight.

The M134 Mini Gun is always shown as a hand-held weapon in movies, complimented with a chainsaw-style grip — a popularized fictional concept between the 1980s and 1990s.

These were just five guns we have frequently seen on-screen; five more have made our top ten list. Stay tuned for more next week!

Are you looking for the right firearm to give you that action movies feel in Breinigsville, PA? Click here to start shopping for weapons and more at Eagle Arms.

Shotgun Vs. Rifle: Which Is Better For Home Defense?