Home / Guns With The Most On-Screen Time (Part-II) 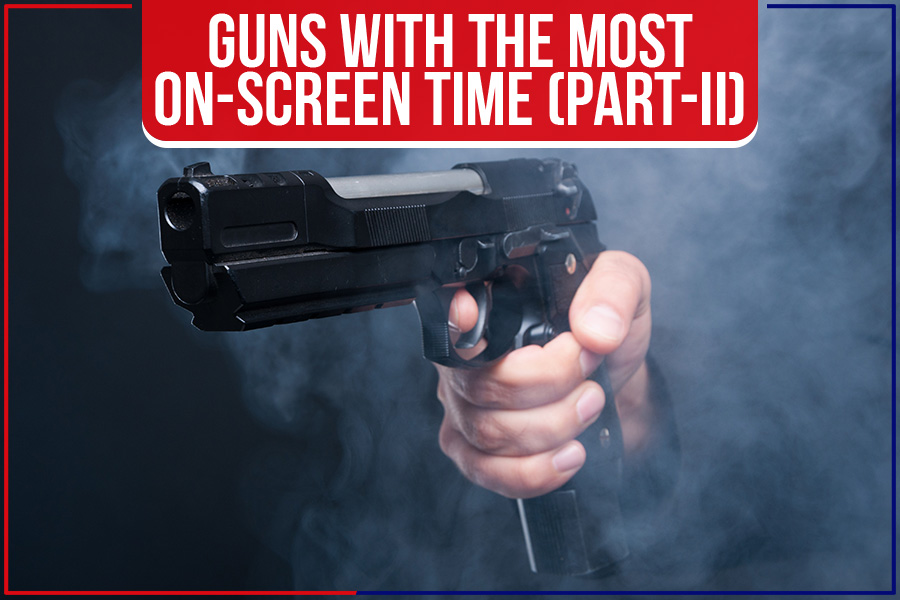 Last week we started our list of the top ten guns that have been featured in films multiple times. We discovered five guns that had a lot of on-screen time and were featured in many popular films that we enjoyed. This week, we are carrying forward that list by exploring the remaining five guns that are Hollywood favorites.

Are you looking for a firearm that is fit for any raw action sequence? Is your Hollywood gun collection missing a few pieces in Breinigsville, PA? Click here to start shopping for firearms and more at Eagle Arms.

Dirty Harry is the movie that established both the on-screen and off-screen popularity of the S&W 29, making it an instant classic. In the film, this lovely blued 6.5″ barreled wheelgun took center stage, while Clint Eastwood’s character “Dirty” Harry Callahan was pushed into a supporting role.

This gun became a part of the pop culture of the bygone years. As a result, Eastwood revisited the silver screen multiple times as Inspector Callahan with his signature sidearm at his side. A few examples of these are Magnum Force (1973), The Enforcer (1976), Sudden Impact (1983), and The Dead Pool (1988). All of these films further solidified the Model 29’s popularity.

The 1911 has seen a lot of screen time. Most period war films feature this gun. However, its popularity doesn’t stop there. The unassuming nature of the 1911 has made it a must-have weapon in many movies and even TV shows. Do you remember the beautifully engraved Colt carried by Dean in Supernatural?

The Desert Eagle .50 is a firearm that is carried by only the baddest mamma jammas in films. If a character is to be established as a force to be reckoned with, they are seen carrying this baby. Its distinct triangular shape and massive size make it hard-to-miss both on-screen and in real life.

The best way to spot who the bad guy is in an action film these days is by seeing who is carrying an AK-47. Although there are more technologically advanced guns now available, the AK-47 is still a popular choice around the world and is easy to acquire.

The Beretta 92FS is a popular handgun that has appeared in many films. This Italian-made flashy-looking 9mm pistol was popularly seen in multiple films from the Die Hard series that established the popularity of both the gun and the leading man of the movie franchise Bruce Willis, playing the character of Office John McClane. Do you remember the movie poster for the first film?

Buy a gun with all the ammunition and accessories that you need at affordable prices from Eagle Arms. Click here to get in touch with our gun experts in Breinigsville, PA, today!

The Collectors Pride: 5 Of The Most Amazing Firearms To Have Ever Existed!

The Do’s And Don’ts Of Storing Your Ammunition Safely