Home / Handload & Reloaded Ammunition: To Try Or Not To Try? 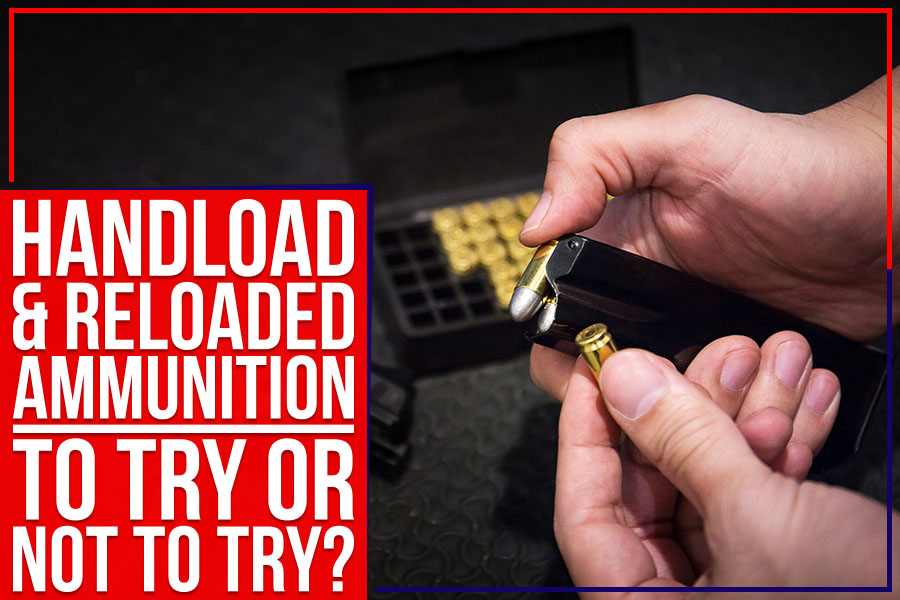 Handloading your ammunition is a popular way to save money and have greater control over the quality of your shooting experience. But is reloaded ammunition worth the hassle?

Whether you’re a seasoned handloader or just getting started, the question of loading your ammo is always up for debate. On the one hand, you can save quite a bit of money by reloading your rounds – assuming you have all the necessary equipment and know-how. On the other hand, making mistakes while reloading can be dangerous, not to mention expensive if you damage your firearms. So, what’s the verdict? Read on for a more in-depth analysis by Eagle Arms.

What is Handloaded Ammunition?

Hand-loaded ammunition is precisely what it sounds like – ammo assembled and fired by individuals. The catch is that these individuals are enthusiasts who spend a lot of time reloading cartridges using gunpowder and components purchased from manufacturers.

The idea behind hand-loaded ammunition is that, since an individual has put the cartridge together, they know precisely how every round was loaded and ensure consistent quality. But that’s not true.

Hand-loaded or reloaded ammunition can be dangerous to a firearm and its user. Reloading cartridges has many variables that need to be considered. A slight mistake here or there can have pretty serious consequences, especially if it involves firearms.

Why Shouldn’t You Try It?

First of all, the bullets used for reloading are usually not made for standard dimensions, which can cause inconsistency in ballistic performance and lower accuracy.

Also, some ammunitions have a thick brass casing than standard rounds because it has been reused a few times already to save money. Plus, some handloaded or reloaded ammunition doesn’t even reach the required specifications.

For example, the pressure of a round may be too low, while some have excess gas, which will damage your firearm over time. In addition, making your ammunition will negate any warranty you have on your gun.

Since there’s no quality control in making your rounds, you could have bad ones mixed with the good ones, which is dangerous as those cartridges may just burst inside your gun chamber. This means that some cartridge parts will not be ejected from the firearm and will remain stuck, ruining both the gun and its accuracy. It might work well on a particular day, but it can misfire or jam another.

If the cartridge has been fired before and was not properly cleaned, then there is a chance of a dangerous spark being produced while using your firearm.

This happens because, during firing, residue accumulates in the barrel, thus deteriorating its performance over time. When this happens, powder residue gets deposited within the barrel and eventually creates a condition for dangerous sparks. This can have severe consequences for both people and property.

If you are on the fence about trying reloaded ammunition, we hope that this article helps make up your mind. While reloaded ammo is a more affordable option, it is not as safe or reliable as factory-loaded rounds, especially when it comes to self-defense.

However, if you are looking for a firearms supplier in Breinigsville, PA, Eagle Arms is the place to visit. We have everything you need to keep your gun collection stocked and ready for action! Browse our latest collection!

The Gettysburg Guns – 3 Components That Made The Difference