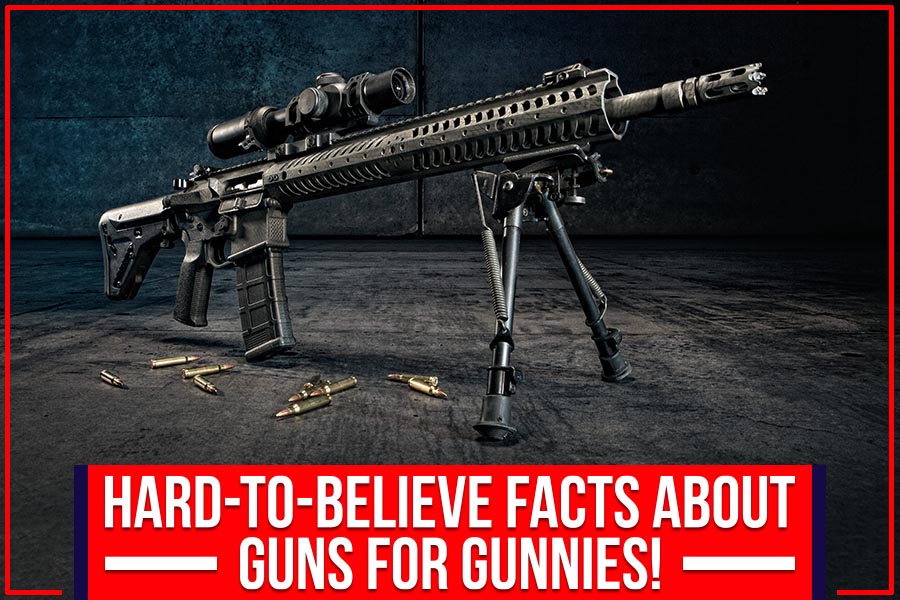 If there’s one thing that gun enthusiasts and non-gun enthusiasts can agree on, it’s that guns are fascinating! Whether you’re a seasoned pro or just casually interested in firearms, get ready to learn some insane facts about firearms!

You may be surprised at how much you didn’t know! From the history of guns to their modern-day applications, these facts will have you itching to pick up a rifle and shoot some targets. Buckle up – it’s going to be an exciting ride!

Let’s start with the basics and learn a bit about the history of firearms before moving on to the more intriguing facts.

Guns were invented in China during the 13th century. It’s believed that Chinese soldiers used gunpowder to make fireworks, which is how they discovered its military application! Over time, these weapons evolved into real guns with trigger mechanisms and everything – pretty cool, right?

The Colt – Made by Colt

In 1848, Samuel Colt invented a revolver called… you guessed it – ‘The Colt.’ It was one of the most popular weapons used by cowboys and outlaws during that period. It’s even been said that The Colt helped Americans win their independence from Mexico! Pretty impressive for such an old gun.

One in Three People Have a Gun!

Today there are approximately 39 guns per 100 people worldwide. That means more than one-third of all humans have access to a firearm at any given moment! Unfortunately, this has led to devastating consequences in some places with high crime rates.

Facts You’ll Look Up Twice (because they are hard to believe!)

The Collectors Pride: 5 Of The Most Amazing Firearms To Have Ever Existed!