Home / Historic Guns That Got Auctioned For A Fortune 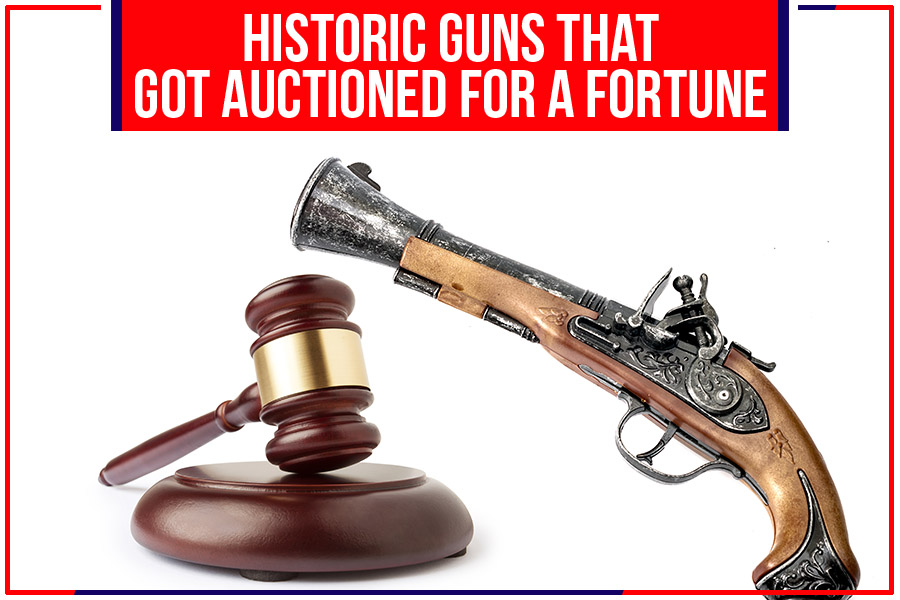 Collectors and fans of antique weapons are frequent visitors to the auctions, where samples of antiquity’s best weapons are exhibited.

These people are willing to spend millions to acquire a rare specimen. The weapons sold in auctions often have a fascinating history as they belonged to famous historical characters or were used in historically significant events.

If you are thinking of expanding your gun collection, make sure to go through Eagle Arms‘ inventory for unique firearms. We deliver high-quality best handguns, sniper rifles and shotguns at affordable rates anywhere in Breinigsville, PA. Click here to place your order today!

Below we will tell you about the top five most expensive guns sold at auction sites over the years.

Such a pistol was created between the First and Second World Wars, and it was developed specifically for the police’s needs. It is an easy-to-use pistol, so it was popular among police officers.

Not only Hitler had the same pistol, but also Eva Braun and Hermann Goering. The weapon uses a 7.65 x 17 mm cartridge.

However, the pistol cost, which belonged to Hitler, was estimated at an auction at $ 114,000.

This is a handmade gun. The A.H FOX 12 double-barreled gun is already expensive, but this particular gun, which belonged to former US President Theodore Roosevelt, was sold at auction for $ 862,500.

It is noted that Roosevelt often used this particular gun when he went hunting. There is information that it was about this weapon that he said: “No gun was made better than this.”

These pistols, owned by one of the United States’ founding fathers, were auctioned for $ 1,986,000.

These pistols belonged to two American presidents – after George Washington, they were inherited by Andrew Jackson, who became the seventh president of the United States.

Wyatt Earp is a well-known character in America. He lived in the late 19th and early 20th centuries and became widely known for books and films in the western genre. At the same time, the real Wyatt Earp was a more controversial figure than the hero described in literary and cinematic works.

Although the real Earp served as a law enforcement officer, he was also convicted of misconduct. In particular, he was accused of fraud. The Colt revolver that belonged to him was purchased at auction for $ 225,000 in 2014 by an unknown collector.

Click here to grab your favorite firearm in stock at Eagle Arms and get it delivered at your doorstep in Breinigsville, PA in no time. We provide premium quality of all types of guns and its related accessories at the best prices!

Hard-To-Believe Facts About Guns For Gunnies!

Factors To Consider When Traveling With A Gun