Home / Hollywood Physics: How They Get Away Scott-Free With Unrealistic Depictions Of Guns 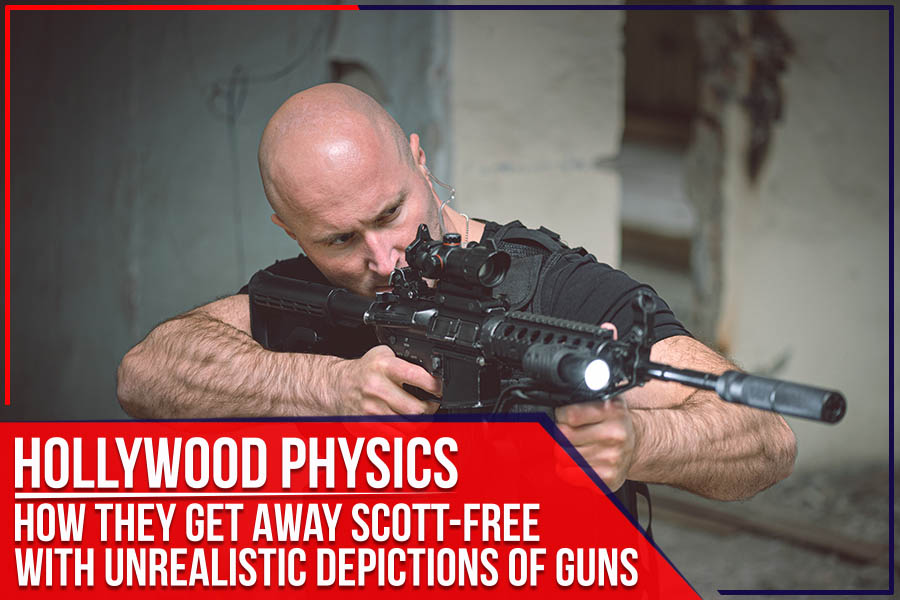 If you’ve watched any recent action movies, there is one thing that becomes clear: Hollywood physics is painful and cringeworthy to watch. Why does it seem like the hero can dodge bullets and needs to be shot at least ten times before collapsing? What’s up with all these people who get punched and fall over backward, only to get back up seconds later? These are just some of the questions we’ve been asking ourselves since viewing the trailers of upcoming action flicks on YouTube.

If you want to know what firearms are really capable of, talk to an expert vendor like Eagle Arms.

Anyone who has fired a rifle knows that carrying it and shooting is no joke. Yet we see complete sequences of heroes carrying rifles and shooting without a single bead of sweat on their foreheads. In action movies, the main lead or the protagonist is always fit enough to run around carrying heavy guns effortlessly while saving people from danger. In reality, a person cannot carry around such massive weapons without years of practice or hard training. The recoil from the heavy weapons is enough to knock the wind out of an untrained user.

This is the most common unrealistic element in Hollywood movies. The hero always manages to dodge bullets that are shot from very close range, and they don’t even get a scratch on their bodies! It is nothing but pure luck if somebody gets away unharmed in this scenario. The hero even manages to escape explosions unscathed in most films; go figure!

You can blame the James Bond series for this fallacy because it is another movie-fact far from reality. A silencer cannot wholly silence a gunshot, and the sound of gun firing will be audible from a reasonable distance, even if it is attached to a silencer.

4) Bullets Can Change Direction After Being Fired

Bullets do not have a mind or intelligence to change their path after being fired. They follow a straight line unless acted upon by an external force like gravity, wind, etc.

No matter how unrealistic the portrayal of guns in the movies, it makes us yearn to be part of the action. The urge to get our hands on the latest firearm increases after seeing exciting cinematic action sequences. Well! If you’re looking for a reliable arms vendor in Allentown, PA, then Eagle Arms is just the place to be. You can get your hands on the latest arms and ammunition at our store. Our impressive selection of guns is suited for various needs; whether it is for a hunting trip or to protect you and your family, you know where to find one. Browse our products now! And choose one for yourself.

How To Choose Calibers – A Guide For New Shooters

Shotgun Vs. Rifle: Which Is Better For Home Defense?