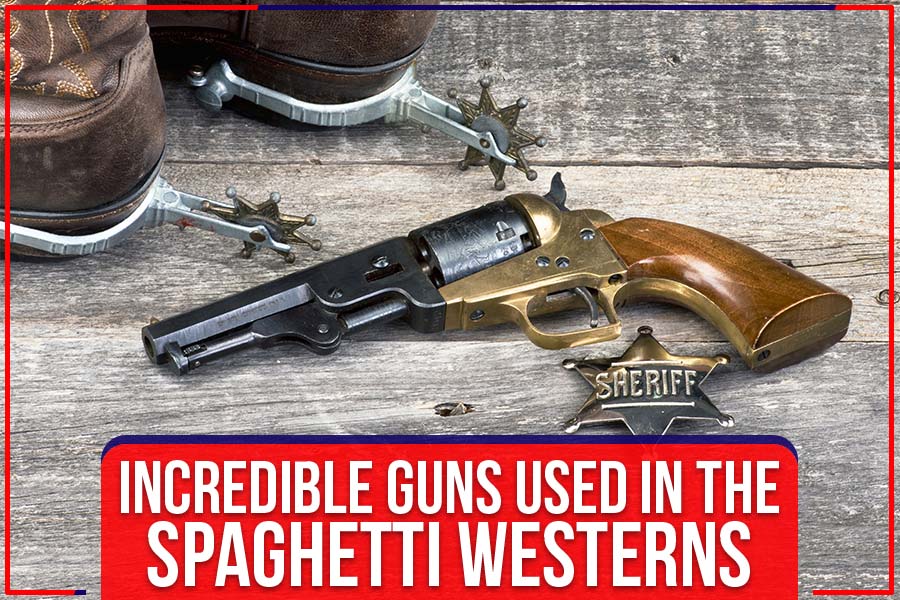 The spaghetti westerns have the honor of symbolizing the golden period of Hollywood, the 60s. The barren land, wilderness, and the action became synonymous with all western flicks.

As they were called, the Westerns showcased a similar setting in more or less all the films; the movies embodied the American struggle for a new frontier. The directorial style, the narration, and the acting made these films an instant classic; however, the guns used in those movies caught the eyes of millions worldwide.

Reading up on classic guns and comparing them with the latest versions can be enlightening. Like any other technology, the latest ammunition is entirely different from its predecessors. If you want to browse the latest models in the firearms industry, Eagle Arms is the right place for you. Residents of Breinigsville, PA, can click here now to get a free estimate.

While you browse our catalog, let’s not forget our rich gun culture and the classic Western flicks’ contribution to it. Here is a compilation of what we consider are some of the best guns showcased in the westerns.

If there is one image that characterizes the Hollywood flicks of the late 50s and the 60s, it is that of Clint Eastwood in the Fistful of Dollars. The Colt Single Action Army – (Colt SAA) Revolver is used expertly by Clint as he draws and shoots in a matter of seconds.

The Colt SAA is equipped with a reliable external frame and is renowned for the rattlesnake grip it offers. The exterior panel comes with a dark red and silver wood coiled and is similar to the revolver grip Eastwood used when playing Rowdy Yates character in the series Rawhide.

The sequel to a Fistful of Dollars was the classic a Few Dollars More. The storyline refines Eastwood’s character giving him a reputation to live up to, so he carries the same SAA revolver throughout.

Although Manco – the character Eastwood plays – is undeniably awesome, the coolest guns were in the hand of Col. Douglas Mortimer, played by Lee Van Cleef. Van Cleef holds various specialized frames, including the Buntline Special SAA pistols. These specialized pistols come with a detachable shoulder stock that makes them cooler. Manco’s character does use a Volcanic Repeater Rifle manufactured by the Volcanic Repeating Arms Company.

Following a Few Dollars More, The Good Bad and the Ugly was the most famous spaghetti western ever made. In this movie, Eastwood uses a cartridge conversion revolver by the name of Colt 1851. The revolver’s grip is still home to the large coiled snake grip.

Following the movie, spaghetti westerns became the talk of the town, and since the Colt SAA and 1851 was a feature of the film, other actors started using them too. The Colt Single Action Army revolver and the 1892 Winchester Saddle Ring Carbines became favorites of directors and producers.

The spaghetti westerns highlight American values in a manner that no other film genre does. If you are a fan of American ammunition in Breinigsville, PA, Eagle Arms has just what you need from the best gunsmiths. Click here to get a free estimate on guns you like from their professionals.

Guns That Won The West

Historic Guns That Got Auctioned For A Fortune

Smoking Shells: Many Tips On Keeping Your Shotguns Trigger Ready!