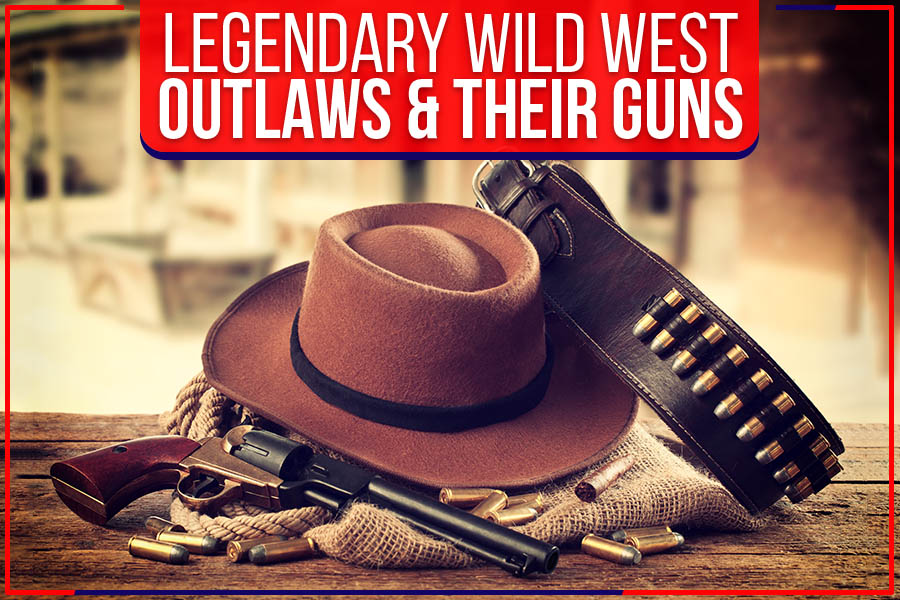 The history of the Wild West is incredibly fascinating. It was the time of adventurers and daredevils who put their lives on the line. Some of them rose to prominence in the chronicle of the New World, and a hundred years later attracted Hollywood producers.

Nevertheless, there were many of them, and each one of them was different from the other – bandits, robbers, raiders. While a few of them behaved like a gentleman, others were the master of coloring the city with blood. Yet, one thing was common in them: the use of a weapon.

If you are looking for a powerful firearm for your hunting or shooting needs, Eagle Armshas got it all for you. We offer high-quality handguns, shotguns, rifles, and other weapons accessories and provide them at economical rates in Breinigsville, PA.

Click here to explore our firearm inventory today and cater your gunsmithing needs without delay!

In this blog, we’ll cover the top three Wild West legends and their guns for you!

Billy the Kid’s real name is Henry McCarthy. He lost his parents early and lived with his stepfather. But after the first escape from prison, where Billy was found for theft, the stepfather escorted the stepson out of the house.

Later, McCarthy started stealing weapons and clothing. At the age of 18, he became an assassin by shooting a blacksmith in a brawl, who made fun of him, and since then, he has never stopped. Although he was short and slender, he was the cowboy on the ranch, which people feared.

Moreover, in conflicts, Billy the Kid always relied on weapons. His favorite firearm was Winchester Model 1873 with a 10-round capacity and 20-inch barrel and a Colt single-action revolver probably as powerful as the Winchester model.

Charles Earl Bowles, who remained in history under the pseudonym Black Bart, is one of the Wild West’s most extravagant raiders. He was born in England, but from the age of two, he lived in the USA.

In 1875 he began to storm postal stagecoaches, which he robbed 28 times in eight years. In 1883, he was caught and sentenced to six and a half years, but later his sentence was reduced to four years.

Bowles is remembered that during the robberies of stagecoaches, he did not kill a single person. In the memory of his contemporaries, he remained a man with graceful manners. His well-known weapon, that other thieves would label “Dumb”, was “Fear.”

These raiders became famous in a vast territory – from Canada to Bolivia. Sundance Kid’s real name is Harry Longbough, and Butch Cassidy is Robert Parker. Both received their first sentences for horse-stealing and, after being released from prison, formed a gang that committed the most bank and train robberies.

In 1901, when it was impossible to stay in the United States because of the threat of capture, the bandits went to Argentina. It is reported that each of them carried a Colt single-action army – famous for “quick-draw” and “artillery” models.

Although these are only three, several other outlaws conquered the west and are well-known even in the present times. However, if you want to add guns similar to theirs to your firearm collection, feel free to click here and explore Eagle Arms’ high-rated weapon inventory today.

Should You Reload Your Own Ammo?