Home / Shotgun Vs. Rifle: Which Is Better For Home Defense? 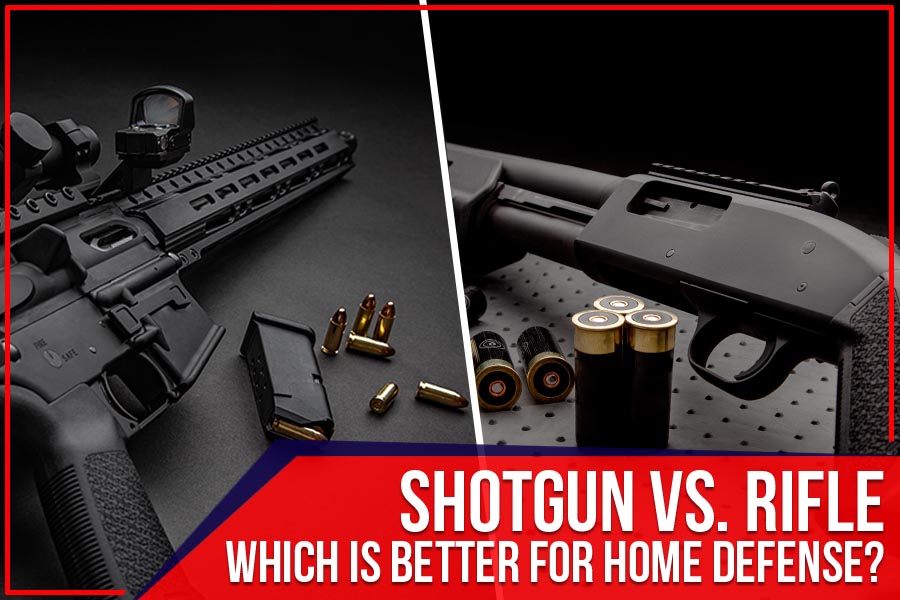 As arms and ammunition experts, we’re frequently asked, which is better, shotgun or rifle? Our response to this generic inquiry is another question: Better for what purpose?

Shotguns and rifles were made for entirely different purposes; a shotgun, for instance, is vastly superior to the rifle for shooting aerial targets and hunting birds. On the other hand, the rifle offers a precise shooting experience and is ideal for firing at longer ranges.

While there’s no disagreement on the varied advantages of different firearms, discussions on the best home defense gun are often subject to many heated debates. In this blog post, we’ll clear the air around the differences between the shotgun and rifle and suggest the best choice for home defense. Once you know which weapon is better suited for your purpose, you can visit Eagle Arms and purchase the gun of your choice. We serve customers from Gettysburg and other parts of Pennsylvania.

As mentioned, hunting and self-defense are vastly different experiences. Shotguns have been designed for close-quarters shooting covering a wider area. On the other hand, Rifles were made to take distant targets from long ranges and offer a more precise shooting experience than shotguns. Shotguns also tend to be much heavier than rifles which makes them harder to carry around. When comparing shotgun and rifle, there’s no single answer as to the best home defense weapon since each has its own set of strengths that make it better suited for specific purposes.

What Do We Suggest?

Shotguns give you more options to protect yourself and your family with fewer shots fired, which is safer for both the shooter and their opponent. Shotguns are also easier for novice shooters because they have a wider spread than rifles, so it’s less likely that inexperienced shooters will miss their target altogether.

Eagle Arms offers a wide range of shotguns, ammunition, and gun holsters to firearms enthusiasts in Gettysburg and other cities in Pennsylvania. Explore our inventory for budget-friendly, premium-quality firearms today!

Top 3 Guns For Survival: Your Guide To Firepower