Home / The Collectors Pride: 5 Of The Most Amazing Firearms To Have Ever Existed! 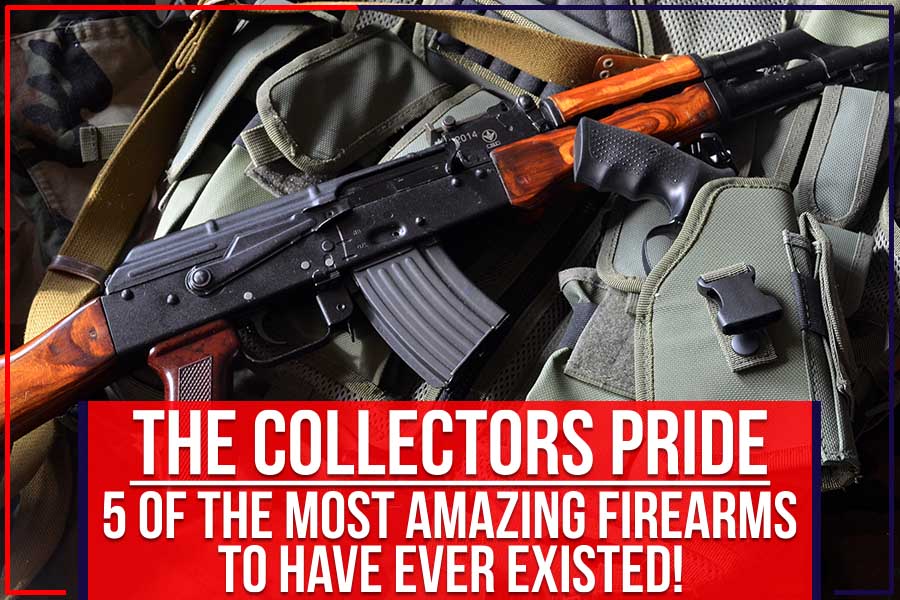 If Simo Häyhä hadn’t been able to snipe his way through a record 505 kills in the severe Finnish winter of ’39 against the Soviet Invasion, none of us would remember the astounding Mosin-Nangat M/28-30 that he used. This rifle chambered a Finnish modified 7.62x53mmF cartridge based on an 1890’s Russian design, with an arctic birch stock that made it impervious to cold warping — quite an item to add to a collection of the greats.

The best guns go down in history, not for their glossy finish and rate of ‘pew! pew!’, but for their effective use in world events. Sure, the Deagle .44 has a kick if you want to shoot melons for fun, but from a pro standpoint, its huge centrefire, high price, and difficult-to-get-ammo deems the Deagle a pass. An S&W Model 29 chambered for .44 Mag is not only cheaper but packs in enough firepower to defend against bears!

Here are some guns that made it to our ‘best ones made’ list:

As the Soviet joke goes, ‘the optimist learns English, the pessimist learns Chinese, and the realist learns how to use a Kalashnikov.’ There are many AK-47 variants across the world, but nothing surpasses the original. When Mikhail Kalashnikov decided to improve the AK-47, he came up with the AKM that retained the original non-corrosive barrel and stock but had a reduced rate device to make the guns semi-auto safer. Despite not being as good as today’s assault rifles, the AKM is undefeated in reliability and smooth operation. Don’t you dare underestimate this baby, as she won’t ever jam whether you’re going through rain, sand, or mud!

The arctic warfare magnum chambers a .338 laupa magnum and delivers precision and range to boot. In 2009, CoH Craig Harrison set the record for the longest distance sniper kills (2,475 m) in Afghanistan when he took down two Taliban machine gunners using the L115A3 British variant of the weapon.

This is a Soviet long-range beauty that chambers 7.62x54mm cartridges. When married to a PSO 1 scope, it can shoot targets as far as 3000 yards. We don’t mean to sound too odd, but the SVD was built perfectly for urban warfare. It’s light for shoulder carry if you lift regularly, but treat it like you would your mother! With adjustable backup iron sights and a standard AK-47 bayonet mount, this weapon is formidable at both long and point-blank range.

A variant of the Lee-Enfield No.4, and known informally as ‘Jungle Carbine’ to collectors, it was deployed to British and Commonwealth troops during the Malaysian Guerilla War in the 1950s-60s. The .303 cal bolt action beauty with a powerful recoil and bayonet attachment was phased out because the British Army complained of its accuracy. In reality, the weapon is sound; it’s just that they wanted semi-autos like the rest of their contemporaries and made up an excuse.

Granted, the Uzi is a popular SMG, but the MP5 deserves mention for its sheer universal applicability and customization accessories. Developed in the 60s, the MP5 and its variants chamber 9x19mm rimless; by the 70’s they got a conversion kit for rimfire ammo. The UMP succeeded it, but the MP5 still took the top spot for the most tactically used firearm in today’s global militaries. Like what you see? Want to add a new piece to your collection? At Eagle Arms, we have decades of experience providing home-defense and collector firearms to the folks in Allentown and across Pennsylvania. Don’t hesitate to place an order with us today; you are this close to expanding your home defenses!

5 Concealed Carry Positions For Carrying Your Gun Safely And Discreetly

The Pros And Cons Of Gun Engraving: Take It From The Experts