Home / The Gettysburg Guns – 3 Components That Made The Difference 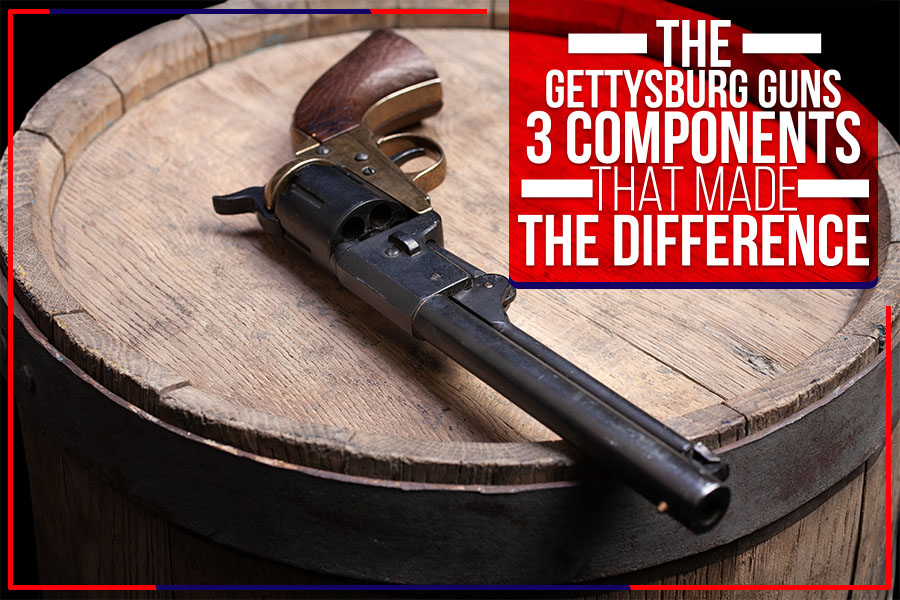 The events of Gettysburg are imprinted on the fabric of U.S. history and even world history. The battle between the Union and Confederate soldiers lasted for three days and saw heavy casualties on both sides. 85,000 Union soldiers were up against 75,000 resolute Confederate army, with losses amounting to almost 51,000 at the end of the three-day battle.

While we’ve all read about the iconic battle in history books at school, we’ve not given enough thought to the guns used. Gettysburg is renowned for the most significant concentrated artillery attack and the use of various firearms and ammunition.

If you are a gun enthusiast living in Allentown, PA, you should visit Eagle Arms for an impressive collection of firearms.

In this blog post, we mention three important things about the weapons and their types used in the battle and how they impacted the overall outcome.

There were various revolvers at the show during the battle of Gettysburg. Several Union and Confederate soldiers, including Thomas Chamberlain, used the Colt Navy revolver during the battle. The Colt 1860 Army Revolvers were a great hit during the war too. The 1993 Gettysburg movie directed by Ronald F. Maxwell also includes the Colt 1851. The actor Jeff Daniels, playing the role of Joshua Chamberlain, is seen on numerous occasions using a Colt 1860, specifically during the Battle of Little Round Top.

In the mid-nineteenth century, war tactics revolved around the landscape and the weather conditions. However, at Gettysburg, this changed for the better. Regiments explicitly formed for the battle fought and moved in two rank lines, with each man moving shoulder to shoulder and placing file closets at the rear. Since regiments featured 350 officers on average, a regiment’s line was a little over 100 yards. The formation meant that the regiment’s rifles came under the direct command of the regiment commander. This allowed the commander to deliver maximum firepower at a specified target. The shallow formation permitted the ranks to fire while presenting minimum depth to the army’s fire.

There were many rifles used during Gettysburg. However, none was used with more precision and frequency than the Enfield 1853. Both Union and Confederate troops carried the rifle. The Enfield was a modern battle rifle and offered better accuracy as compared with the other rifles, such as the Springfield Model 1842. This was an outdated weapon by 1863; however, several regiments still carried it, most notably the 12th New Jersey.

The Battle of Gettysburg is an important event in U.S. history; the weapons used during the battle are historical guns that hold great significance to date. Since the Colt and the Enfield, various handguns and rifles have come and gone. The changing war tactics have also signaled a change in the type of weapons. If you’re looking for modern firearms and ammunition from a reliable gunsmith in Allentown, PA, then Eagle Arms is the place for you.

Browse our guns and ammunition collection and choose one that fits your needs the best.

Hollywood Physics: How They Get Away Scott-Free With Unrealistic Depictions Of Guns