Home / The Oldest Guns In The World 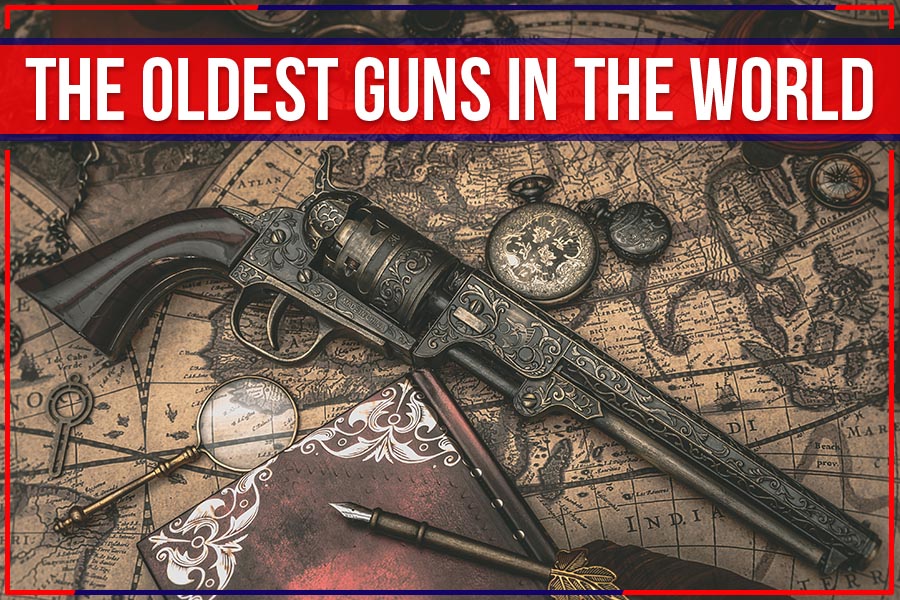 The first firearms were invented in China after the black gunpowder was invented in the ninth century. The earliest depiction of a gun dates back to the 12th century, and firearms date back to 1288. Before the advent of firearms, early firearms were hand-ignited by placing a lit wick into a hole on the barrel. Soon after the first gunpowder weapons became readily available, gun development advanced rapidly as various empires waged war on each other. Due to the popularity of guns, their history is well-documented. This list contains examples of older open-ended rifles and hunting weapons.

If you are based in Philadelphia and looking to purchase firearms, check out the highly coveted collection at Eagle Arms who are serving the region since 1974. Eagle Arms has an extensive inventory of firearms and has been one of the most popular centers for buying and selling guns in Philadelphia. Take a look at their exclusive gun collection.

Even though manual revolving weapons had been around for centuries, Samuel Colt’s firearm was the first genuinely successful revolver. Colt invented the revolving mechanism in 1835, and the following year, he patented the same concept. Well, in 1836, Colt founded a firearms company in Paterson, New Jersey. Colt kept on developing guns for this company after a string of low sales.

When Colt first attempted to secure government contracts, he failed because of the onset of the Mexican-American War. Colt collaborated with Captain Samuel H. Walker to improve his revolver, and General Zachary Taylor used it. Colonel Colt’s firearms grew in popularity, and today, Colt’s Manufacturing is recognized as one of the most influential gun-makers in the world.

The Musket Model 1777 was a major weapon of use by northern European countries. It was initially developed in 1777 to equip soldiers. With this musket, trained French infantrymen could fire three volleys a minute. Between 1777 – 1826, over 7 million Model 1777 muskets were produced.

In the early 1800s, the muskets were reworked to enhance the Napoleonic feel. The modified 1777 rifle featured some modifications on the barrel, stock, and stock furniture. Other significant improvements to the musket occurred beginning in 1816 and continued through to 1822.

One form of gun technology that has been important is the flintlock mechanism. The first truly flintlock weapons were developed in the late-16th century in France. Flintlock rifles were used for well over 200 years until the percussion lock was invented.

An early French flintlock gun is known to have been owned by French King Louis XIII. The item was designed by the brother of the famous gunsmith Pierre Le Bourgeois’, whose name was Marin. He is generally considered the inventor of flintlock technology. A flintlock gun owned by King Louis XIII is on display at The Met Fifth Avenue in Gallery 375.

The gun owned by Georg von Reichwein is the oldest in existence and can be considered a true feat of engineering. Stamped markings on the gun make it clear that the revolver was made in the late 16th century. The gun is of very high quality and is decorated with expensive metals, animal teeth, and a pearl mother. Contrary to modern revolvers, this gun had to be rotated manually.

The gun was last owned by Georg von Reichwein, a major and commander of the forces at Bergenhus fortress of Norway in 1636. The revolver has been loaned to the National Firearms Museum in Norway.

If after reading this post, you have developed an interest in owning firearms, or if you are already an experienced collector, Eagle Arms of Philadelphia has got a large collection of vintages and modern firearms that may interest you. You can browse their entire product portfolio online!

Gun Safe Vs. Gun Cabinet: Which Is the Better & Safer Choice For Your Home?

Should You Reload Your Own Ammo?