Home / The Story Behind Handgun Holsters 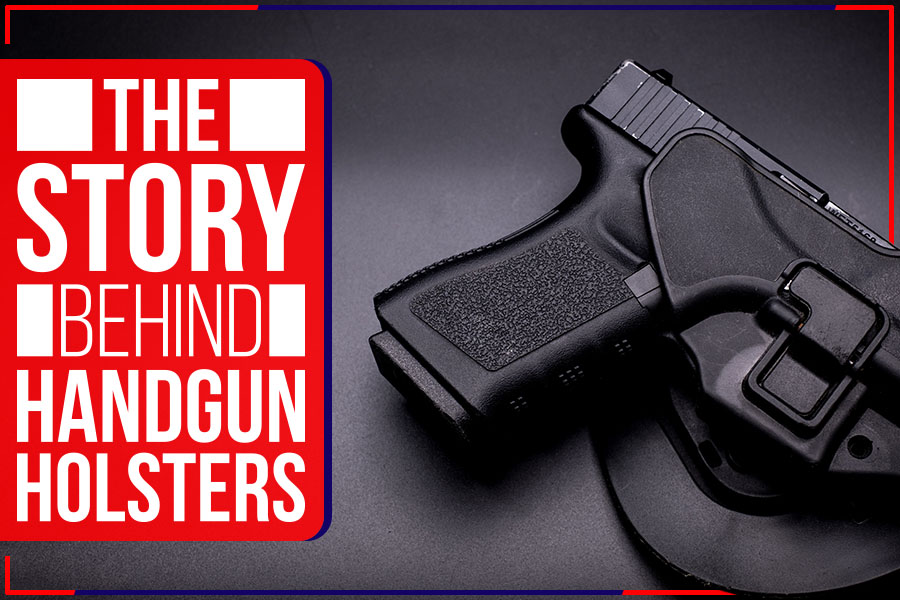 Ammunition and arsenal holsters have been around for a long time now. Gallant warriors from as far as medieval times also used holsters for their weapons, which they proudly carried as their medals of honor. While there’s no doubting the ancient history of holsters, “holsters for handguns” are a relatively modern phenomenon.

The iconic ‘man-purses’, as Clint Eastwood liked to call them, have evolved over the years to become more secure and fashionable. Today, no police flick is complete without the lead cop chasing the bad guys wearing his holster.

When looking at modern holsters, one does wonder about the changes the protective equipment has gone through. What did the first gun holster look like, and why was there a need for change?

In this blog post, we take a detailed look at the history of handgun holsters and some iconic transitions that made them the way they are today!

This was from the time when the American military was catching up with trends from around the world. Gun holsters were a part of the armor of all armies in the west, and the Americans were quick to catch up with the trend.

The Pommel Holster was one of the first holster types used by the military. The style became a regular feature of American civilians by the 1830s. Pistols in the early 19th century were heavy, and carrying them around was not easy at all. The launch of the pommel holster created a natural frenzy in the public as users could now drape their pistol over the front of the saddle, giving them safer and easier access.

This style of holster was trendy in the wild frontiers of Montana and California. The Slim Jim allowed easy accessibility of the firearm, thanks to its open-top and the curved design, while also protecting the firearm from moisture.

The holsters became synonymous with its users in California, so it was referred to as California itself. The Slim Jim was also the first line of holsters that came with excessive detailing and decorative styles.

This type of holster was significantly different from its predecessors. The holster included a gun belt, which users could hang across their hips. By this time, holster designers were toying with the idea of convenience as they looked for a way to make drawing guns easier. The Buscadero was a revolution in this context; users wearing this holster could draw guns without breaking a sweat in any situation.

The Buscadero was a revolution in one-on-one combat, as the odds tilted significantly in favor of the one wearing it.

Since the Buscadero, various versions of gun holsters have come and gone. The changing tactics of modern warfare have also brought about a change in the design of holsters. If you’re searching for the best holsters in Philadelphia, PA, Eagle Arms is the place to look. Explore our inventory!

6 Tips For Choosing Your Ideal Holster: Understand A Good Fit